Who is Baha’u’llah? | Oneness/Unity in Diversity/Elimination of Prejudice | Hidden Words of Baha’u’llah | ‘Abdu’l-Baha’s Work for Race Unity in America 1912 | Equality of Women & Men  |  Baha’i Statements on Global Issues | Baha’i Writings on Justice | Consultation: the Operating Expression of Justice in Human Affairs | Sacred Text 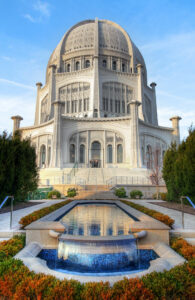 Bahá’u’lláh (1817-1892), Prophet-Founder of the Baha’i Faith, affirmed that there is one God who has progressively revealed His will to humanity through a series of Divine Messengers. These Messengers, Whom Baha’’u’llah called “Manifestations of God”, have included Abraham, Krishna, Zoroaster, Moses, Buddha, Jesus, and Muhammad.

“And since there can be no tie of direct intercourse to bind the one true God with His creation, and no resemblance whatever can exist between the transient and the Eternal, the contingent and the Absolute, He hath ordained that in every age and dispensation a pure and stainless Soul be made manifest in the kingdoms of earth and heaven.” ~ Bahá’u’lláh

It is the spirit released by the coming of these Manifestations, together with the influence of Their teachings and the social systems established by Their laws and precepts, that enable humankind to progress in its collective evolution.

Baha’is regard Bahá’u’lláh as the most recent of these Manifestations whose teachings address the ethical and spiritual challenges of the modern world. The challenge of maturity is to accept that we are one people, to free ourselves from the limited identities of the past, and to build together the foundations of a world civilization.

For more than a century, Baha’i communities around the globe have worked to dissolve prejudices based on nationality, race, religion and gender. They have collaborated with other like-minded organizations to promote social justice, world peace, and love for all humankind.

Representing a cross section of humanity, Baha’is come from more than 2,100 different ethnic and tribal groups living in over 100,000 localities throughout the world, numbering over five million. Because the Baha’i Faith is a single community, it comprises what is very likely the most diverse and widespread organized body of people on the planet.

The practical expression of the religious impulse in the modern age, Bahá’u’lláh says, is collective decision-making and collective action based on spiritual principles. To ensure that power is used as an instrument of justice, and that governance serves humanity’s true needs, decision-making authority, He insists, must rest with corporate bodies and not be left in the hands of individuals.

Bahá’í governing bodies, which are democratically elected, without nomination or electioneering, make decisions using a non-adversarial form of collective decision-making known as consultation.

Social and economic development is focused on increasing the capacity of individuals, communities, and institutions to take concrete steps that promote their spiritual and material well-being. This process of capacity building involves a global enterprise of learning in which people from virtually every cultural and ethnic background are working to apply the methods of science and the moral and spiritual insights found in the Bahá’í teachings to their particular local conditions. It is a process of action, evaluation, and adjustment; one in which local communities gradually improve their ability to define, analyze, and meet their own needs.

All human beings, Bahá’u’lláh states, “have been created to carry forward an ever-advancing civilization.” The creation of a peaceful global society that fosters both individual and collective well-being is at the heart of the Bahá’í vision of the future. Our development initiatives are designed to engage and benefit all the members of a community and not just Bahá’ís. Everyone is invited to join in this endeavor.

Quotations from the Writings of Bahá’u’lláh 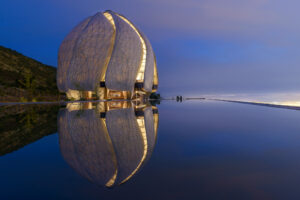 Photos:Top 2 – Baha’i House of Worship, Wilmette, Illinois What the Baha’i Temple Reveals About the Baha’i Faith