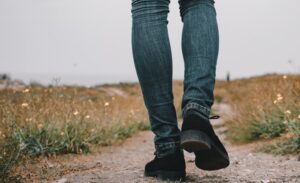 Every man of discernment, while walking upon the earth, feeleth indeed abashed, inasmuch as he is fully aware that the thing which is the source of his prosperity, his wealth, his might, his exaltation, his advancement and power is, as ordained by God, the very earth which is trodden beneath the feet of all men. There can be no doubt that whoever is cognizant of this truth, is cleansed and sanctified from all pride, arrogance, and vainglory. ~ Baha’u’llah

Take from this world only to the measure of your needs, and forego that which exceedeth them. Observe equity in all your judgements, and transgress not the bounds of justice, nor be of them that stray from its path. ~ Baha’u’llah

The civilization, so often vaunted by the learned exponents of arts and sciences, will, if allowed to overleap the bounds of moderation, bring great evil upon men…. If carried to excess, civilization will prove as prolific a source of evil as it had been of goodness when kept within the restraints of moderation. ~ Baha’u’llah

Were one to observe with an eye that discovereth the realities of all things, it would become clear that the greatest relationship that bindeth the world of being together lieth in the range of created things themselves, and that co-operation, mutual aid and reciprocity are essential characteristics in the unified body of the world of being, inasmuch as all created things are closely related together and each is influenced by the other or deriveth benefit therefrom, either directly or indirectly. ~’Abdu’l-Baha

We cannot segregate the human heart from the environment outside us and say that once one of these is reformed everything will be improved. Man is organic with the world. His inner life moulds the environment and is itself also deeply affected by it. The one acts upon the other and every abiding change in the life of man is the result of these mutual reactions. ~ Shoghi Effendi